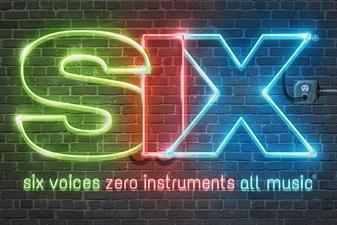 Area Appreciation for the show called SIX will be August 19-30 for the 2pm and 8pm show.

These six brothers use no instruments in their show! All songs are done with only their mouths!!! It is an amazing thing to see! They will beat-box and harmonize while making it seem like your are listening to a band in the background. Appealing for all ages. They have a song/style for everyone

Their story starts in as young boys when they made their debut on The Osmond Brothers Special. Here they performed next to legends. At first they were just singing on the streets and now have performed for sold-out venues.
They like to set themselves apart from everyone else by adding choreography & dysfunctional family comedy that only brothers could get away with. .

Check out the video below to get a taste of the magic they make.